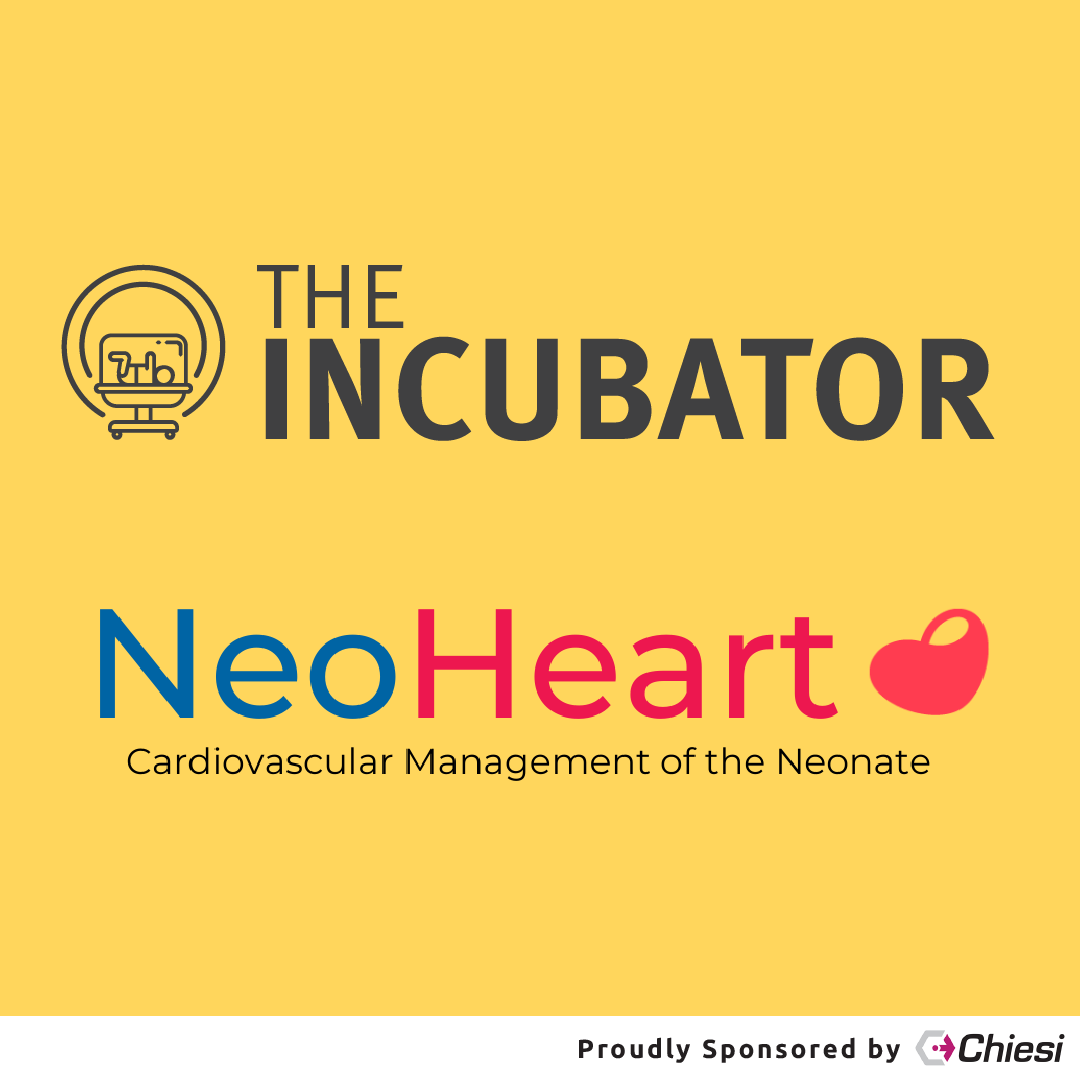 On this page, you will find the information about the guests that are coming on The Incubator for our coverage of NeoHeart 2022. The episodes will be released 2-3 times a day and will be shorter than our usual "Sunday interviews" (˜20mins). Enjoy

Dr. Gil Wernovsky MD - Experiences from a life in a pediatric cardiology

Dr. Wernovsky is a senior consultant in pediatric Cardiology and Cardiac Critical Care at Children National Hospital, having joined the faculty in 2018. He attended Brandeis University, receiving a BS degree in 1978 in anthropology and music. He attended Pennsylvania State University College of Medicine, receiving his M.D. in 1982. He completed a pediatric residency at New York Hospital (now known as Weill Cornell Medical Center) in 1985, and his pediatric cardiology fellowship at Boston Children’s Hospital in 1988, with a focus on cardiac intensive care. He was appointed the Associate Director of the Cardiac ICU through 1995.
At Children’s National Hospital, he is also a member of the NeuroCardiac Critical Care Team, and is a Professor of Pediatrics at the George Washington University School of Medicine and Health Sciences.
Regarding research, he was a study physician in the landmark Boston Circulatory Arrest Study from 1987-1992, and was the Principal Investigator of the international PRIMACORP study from 2002-2003, at the time the largest multicenter trial in pediatric cardiac intensive care. He has edited six textbooks and 13 periodicals, and has published nearly 300 peer-reviewed manuscripts, book chapters and reviews. He has an H-index of 91 and his work has been cited over 25,000 times.

He is a founding member of:

He was awarded the prestigious Newburger-Bellinger Award in 2015, for his lifetime contributions to the field of Neurodevelopment in children with heart disease. In 2021, Dr. Wernovsky was awarded the 2021 Maria Serratto Master Educator Award by the Section on Pediatric Cardiology and Cardiac Surgery of the American Academy of Pediatrics.

Christopher Smyser, M.D., M.S.C.I., is the director of the Neonatal Neurology Clinical Program and head of the Pediatric Neurocritical Care Section in the Division of Pediatric and Developmental Neurology at Washington University/St. Louis Children’s Hospital, where he is a Professor of Neurology, Pediatrics and Radiology. He also co-directs the Baker Family Fellowship in Neonatal Neurology and Cardiac Neurodevelopmental Follow-Up Program. He is a pediatric neurologist with additional training in neonatal neurology. With a background in biomedical engineering, Dr. Smyser’s research focuses on the use of advanced neuroimaging techniques to provide greater understanding of early brain development and the pathway to neurodevelopmental disabilities. He is co-director of the Washington University Neonatal Developmental Research (WUNDER) Laboratory. Dr. Smyser’s recent research efforts have centered upon the use of resting state-functional connectivity MRI and diffusion MRI to investigate functional and structural brain development in high-risk pediatric populations from infancy through adolescence. He is currently the principal investigator for multiple NIH-funded longitudinal studies focused upon defining the deleterious effects of prematurity, brain injury and environmental exposures on neurodevelopmental and psychiatric outcomes through development and application of state-of-the-art neuroimaging approaches.

Jennifer Sucre, MD, is an Assistant Professor of Pediatrics and Cell and Developmental Biology at Vanderbilt University School of Medicine. She graduated from Harvard Medical School, trained in pediatrics at Washington University in St. Louis, and completed fellowship in Neonatal-Perinatal Medicine at UCLA. Since joining the Vanderbilt faculty in 2016, she has established a research program focused on understanding the molecular mechanisms of lung development and lung disease across the lifespan with a particular focus on developing novel 4D imaging approaches to study alveologenesis and on understanding molecular drivers of bronchopulmonary dysplasia, the leading complication in survivors of preterm birth. Her clinical experience treating premature infants provides a unique perspective for studying lung development, and she has cultivated new ex vivo, in vitro, and in vivo models of lung injury. Dr. Sucre has combined these models with single-cell biology and spatial transcriptomics to gain insights into cellular specialization and dynamics in the developing lung, elucidated age-regulated host susceptibility factors to SARS-CoV-2 infection, and defined previously unrecognized cell types in chronic respiratory diseases.

Dr. Goss grew up in Texas, and completed her undergraduate degree at Baylor University followed by medical school at Baylor College of Medicine. She did her residency training in Internal Medicine and Pediatrics, followed by fellowship training in Pulmonary and Critical Care, at Indiana University in Indianapolis, IN. After training, Dr. Goss joined the faculty at the University of Wisconsin in Madison, WI to participate in unique studies on the effect of prematurity on heart and lung function in adolescents and adults. She joined the faculty at UT Southwestern in 2020, and continues to lead multidisciplinary teams to study late cardiopulmonary outcomes after preterm birth.

Dr. Kevin Maher MD - Extubation in the cardiac neonate, what happens next?

Dr. Maher attended medical school at the University of Maryland and stayed there for a pediatric residency and chief residency.   He then attended the University of Michigan for a fellowship in pediatric cardiology.  Following fellowship, he joined the faculty at Thomas Jefferson University/Nemours Children's Hospital in  Wilmington DE.  He received additional critical care training there with Dr Russel Raphaely and Dr William Norwood.  He joined the program at Emory University/Children's Healthcare of Atlanta in 2004 where he serves as executive director of the cardiac intensive care unit and is a professor of pediatrics at Emory University.  His research involves the application of new technology to pediatric cardiac care, medical device development, and innovation in pediatrics.

Dr. Shannon Hamrick MD - PDA: Treat all vs. treat none. Have we made any progress?

Dr. Hamrick completed her medical school and pediatric residency at UNC- Chapel Hill.  She pursued her neonatology fellowship at UCSF, and then stayed on faculty there for a few years before joining Emory/Children’s Healthcare of Atlanta in 2006.  Her research interest focuses on brain injury/neuroimaging in congenital heart disease, which is what originally led her to spend significant time in the CICU. She attends in the surgical NICU at Egleston Children’s Hospital in Atlanta, where she serves as Medical Director.

Dr. Philip Levy is an Assistant Professor of Pediatrics at Harvard Medical School and a physician in the Division of Newborn Medicine at Boston Children’s Hospital. His patient-oriented and translational research initiatives focus on cardiac mechanics in congenital and acquired cardiopulmoanry diseases in the neonatal and pediatric population. His professional activities span the realm of clinical service, research and teaching. Dr. Levy’s research is part of a larger international collaborative that was established to examine emerging measures of cardiac function and pulmonary hemodynamics in large preterm birth cohorts to define physiological and pathological patterns of postnatal cardiac adaptation. Phil and his collaborators have introduced novel approaches for non-invasive quantitative cardiac focused imaging that yield sensitive and specific methods of assessment and management of neonatal cardiopulmonary diseases. At NeoHeart Dr. levy will be talking about the respiratory phenotype that presents immediately following definitive closure of the PDA. In addition, he will ask be sharing insight about Postnatal cardiac adaptation following selective laser therapy for twin to twin transfusion.

Dr Gabriel Altit completed his medical school at McGill University, followed by his Pediatric and Neonatology residencies at Université de Montréal. He pursued his training at McGill (Montreal Children’s Hospital [MUHC]) in echocardiography scanning. Following that, he did a post-doctoral research training in the pediatric ECHO laboratory at Stanford University. He completed a MSc in Epidemiology at McGill (2017-2020). He joined back McGill University and the Montreal Children's Hospital as a Neonatologist in October 2017. Since his appointment as clinician- scientist at the MUHC-RI, he has created the NeoCardioLab (www.neocardiolab.com). In 2020, he launched the Neonatal Hemodynamics Clinical Research Fellowship at McGill, for which he is the program director, with ECHO techniques applied to research questions. Further, the NeoCardioLab application is now available on IPhone, Ipad and Android. It offers numerous educational resources.

Shawn Sen, MD, is an Assistant Professor in Pediatrics in both the Division of Neonatal-Perinatal Medicine and Pediatric Cardiology at Northwestern University in Chicago, IL. After graduating from medical school at the University of Oklahoma, Dr. Sen completed his residency in Pediatrics at Columbia University at the Morgan Stanley Children’s Hospital of New York. He then went on to complete two fellowships, one in Neonatology at the University of Texas Southwestern Medical Center and his second in Pediatric Cardiology at Stanford University, Lucile Packard Children’s Hospital. Dr. Sen is now an attending neonatologist and CICU attending in both the level IV neonatal and cardiac intensive care units at Anne & Robert H. Lurie Children’s Hospital of Chicago and Northwestern Medicine Prentice Women’s Hospital. His clinical research interests include neonatal pulmonary hypertension, cardiovascular and congenital heart disease, and hemodynamic assessment of critically ill neonates using echocardiography.

Dr. Erica Sood is a pediatric psychologist at Nemours Children’s Health and an Associate Professor of Pediatrics at Sidney Kimmel Medical College of Thomas Jefferson University. She directs the Nemours Cardiac Learning and Early Development (LEAD) Program and trains psychology fellows in the specialty area of cardiac neurodevelopment. Her research focuses on partnering with stakeholders to develop and test family-based psychosocial interventions to promote family wellbeing and child developmental outcomes.