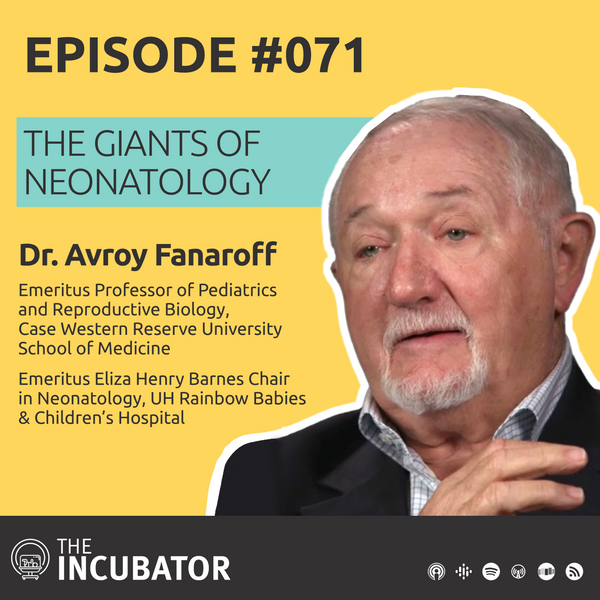 The Giants of Neonatology Ep 3

Bio: Dr. Avroy A. Fanaroff, MD was the Gertrude Lee Chandler Tucker Professor and Chair of the Department of Pediatrics and Reproductive Biology at Case Western Reserve University School of Medicine. He also served as the Director of Neonatology and physician in chief at Rainbow Babies and Children’s Hospital in Cleveland. He is currently Emeritus Professor Case Western Reserve University, and Eliza Henry barnes Chair of Neonatology. He is globally acknowledged as an international authority in the field of neonatology, and has contributed greatly to literature in the area of neonatal medicine, with particular focus on pulmonology, nutrition, and sepsis. He is co-editor of Fanaroff and Martin’s Neonatal-Perinatal Medicine and Klaus and Fanaroff’s Care of the High-Risk Neonate. Dr. Fanaroff has been recognized for his contributions to the field with numerous honors and awards, including the Apgar Award, the Professional Education Award and the National Neonataology Education Award from the American Academy of Pediatrics, and has been honored with an honorary fellowship from the Royal College of Pediatrics and Child Health in London and honorary doctorates from the University of the Witwatersrand (his alma mater) and the University of Turku, Finland.