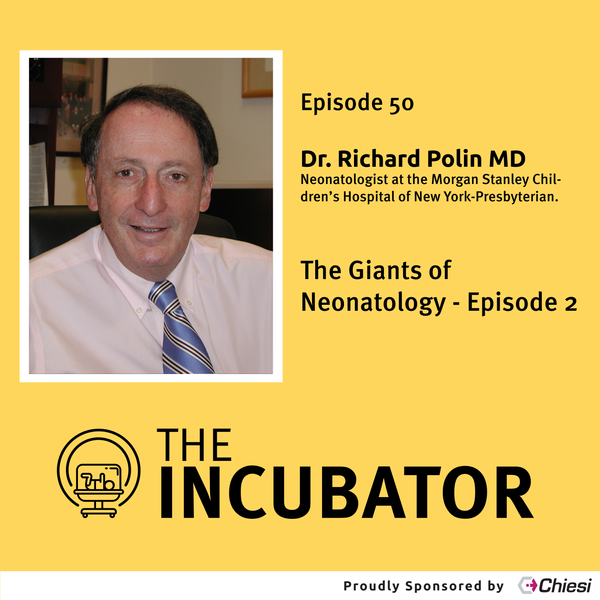 No journal club this week as, like many of you, we are prepping for the neonatology boards on March 29th. We are so happy to bring to you the second installment of our Giants of Neonatology series. This time we have the pleasure and the honor of interview the amazing Dr. Richard Polin. Dr. Polin is a one-of-a-kind educator and we were fortunate to pick his brain on education, mentorship, and clinical teaching. We hope you enjoy this episode! - Ben

Bio: Dr. Richard A. Polin is the William T. Speck Professor of Pediatrics at Columbia University, College of Physicians and Surgeons and is the immediate past Director of the Division of Neonatology at Morgan Stanley Children’s Hospital of New York-Presbyterian. From July, 1977 until January 1998, Dr. Polin was a faculty member in the Division of Neonatology at the Children’s Hospital of Philadelphia and Professor of Pediatrics at the University of Pennsylvania. In 1998, Dr. Polin returned to Morgan Stanley Children’s Hospital of NY- Presbyterian as the Director of Neonatology. In the spring of 2006 Dr. Polin received the National Neonatal Education Award from the AAP’s Section on Perinatal Pediatrics and in 2017 he was inducted into the “Legends Hall of Fame”. Dr. Polin is the 2021 recipient of the Apgar Award from the American Academy of Pediatrics.

Dr. Polin has published over 200 original papers, 20 books (including Fetal and Neonatal Physiology, Workbook in Practical Neonatology, Pediatric Secrets and Fetal and Neonatal Secrets,) and more than 200 abstracts. Dr. Polin is the Chair of the NICHD Neonatal Research Network executive steering committee, and he is the past chair of the Sub-board of Neonatal-Perinatal Medicine.

This episode is proudly sponsored by Chiesi