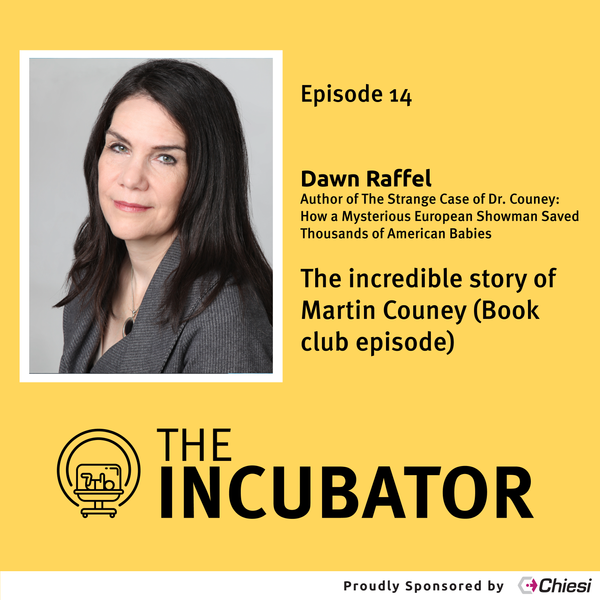 Dawn Raffel's book: The Strange Case of Dr. Couney was chosen as one of NPR’s best books of 2018 and awarded a 2019 Christopher Award for books that affirm the highest values of the human spirit.

As Dawn Raffel recounts, Dr. Couney used incubators and careful nursing to keep previously doomed infants alive, while displaying these babies alongside sword swallowers, bearded ladies, and burlesque shows at Coney Island, Atlantic City, and venues across the nation. How this turn-of-the-twentieth-century émigré became the savior to families with premature infants—known then as “weaklings”—as he ignored the scorn of the medical establishment and fought the rising popularity of eugenics is one of the most astounding stories of modern medicine. Dr. Couney, for all his entrepreneurial gusto, is a surprisingly appealing character, someone who genuinely cared for the well-being of his tiny patients.