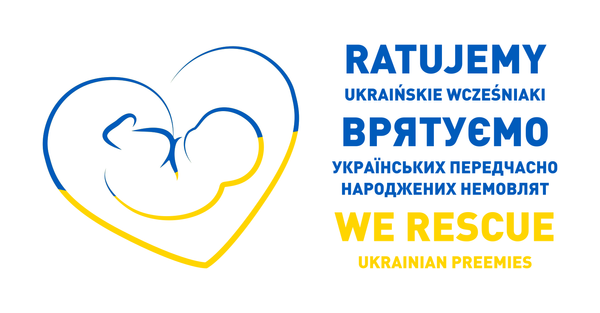 After the publication of this video the #neotwitter community was looking for one thing: how can we help? Many people on twitter reached out to us at the incubator asking for ways and opportunities to support our colleagues impacted by the conflict raging in Ukraine. So we got to work. Quickly we were put in touch with the amazing people at the Coalition for Preemies.

The coalition for preemies is a Polish non-profit organization that supports NICUs throughout Poland. Before the war, they often collaborated with neonatal intensive care units in Ukraine. Since February 20th, Professor Maria Katarzyna Borszewska-Kornacka and her colleagues were trying to support ukrainian NICUs by sending supplies accross the border and helping with the transfer of the most critically ill neonates out of Ukraine.

The incubator reached out to the coalition for preemies and offered to help their efforts. Shortly after our fundraiser was setup and went live:

We also decided that the incubator should lend our platform to help Pr. Kornacka spread the word about what is currently happing in Ukraine and what are the needs on the ground. This was episode 46 of the incubator podcast:

Thanks to these efforts and to the generosity of our community, the coalition for preemies has been able to deliver milk and other supplies to NICUs in need in Ukraine.

This endeavor was not something we had even conceived the incubator could lead. We are humbled by the trust and responsibility placed on us by our community and we could not be more proud to have taken part in the efforts helping critically ill newborns, and their families, in the throes of war.